The Evolution of Web Security

The ever-growing number of devices and internet usage has escalated security concerns across the globe. Web security was a part of computers ever since its beginning. However, it evolved with the need of modern times and demands.

More and more individuals and businesses need data and devices 24/7 to support their business growth, client satisfaction, and employee retention. However, the challenge of web security is increasing with the increasing needs of internet and computer systems. Let’s take a look at the evolution of web security.

What is Web Security?

Web security or Cyber protection is an evolution of data protection and cybersecurity approaches that fulfill modern security demands for web pages and applications. Web security focuses on backup, cybersecurity, and endpoint management tools to offer a solution against security risks. That enables individuals and organizations to overcome the threats in case of cyber-attacks efficiently.

Antivirus software or anti-malware is a program built to prevent, detect, and remove malware from the system. Antivirus software and plugins play a significant role in preventing security risks. It protects against several kinds of malware, viruses, and security threats.

What are the Causes of Cybersecurity Threats?

Insufficient prevention measures, lack of security cyber education, weak passwords, Phishing emails, and poor user practices are the most common causes of security risks and successful cyber-attacks for any system and software programs.

The pre-virus phase witnessed the development of an experimental virus. The first-ever virus was Creeper, made to test a software program written in the early seventies. The ‘Creeper system’ was written by Bob Thomas at BBN Technologies.

This virus was not malicious for the computer program. It used to appear in the form of a thread with texts on the screen saying, “I’m the creeper, catch me if you can.”, it was only a test to check if programs could run through computer networks.

Reaper Appeared to Catch the Creeper

The Emergence of Web Security

Fast forwarded to the 1990s, several other benchmarks for the evolution of web security were acquired.

The Rise of Next-Gen

The Next Gen cybersecurity trends included some intelligent approaches to address security concerns. It had artificial intelligence and machine learning algorithms to encounter new forms of security threats. Behavioral detection and cloud-based file detonation were two of the latest security tactics. This era appeared as a new phase of innovation and achievement in web security evolution.

A key challenge of antivirus is that it can often slow a computer’s performance. One solution to this was to move the software off the computer and into the cloud. In 2007, Panda Security combined cloud technology with threat intelligence in their antivirus product.

The Evolution on the Rise

Web security kept on evolving with newer and better protection, one behind the other. Operating software security was an innovation in security in this era. The operating system is built with security considerations to provide an extra layer of security. This type of security practice includes performing regular OS patch updates, account security management, installation of updated antivirus software and firewalls.

With the rise of smartphones and other handheld devices, virus preventions developed for Android, iOS, and Windows operating systems.

Interestingly and expectedly, as cybersecurity began to prevent form attacks and malware, the digital criminals expanded the threat span as well. The types and variety of cyberattacks grew alongside.

A research study conducted by Deep Instinct revealed that among millions of attempted cyberattacks, malware, on average, has increased by 358% in 2020, whereas ransomware escalated at 435% as compared to 2019.

With the highly increasing requirement for cybersecurity, the market might grow to 403 billion USD by 2027. Moreover, the cybersecurity market is estimated to see a compound annual growth rate of 12.5% within five years.

Web security statistics imply an investigative value to point the gaps in the security system to encounter ever-increasing threats and malware trends. With the technology growing massive, the risk is enormous too. The challenge requires the private or essential data into an agile risk management strategy to better protect our systems. The shocking cybersecurity figures are a call to implement a functional risk management system before anything else.

Due to the high risk and irreversible nature of the loss that any company might encounter in case of cyber-attacks, the web security service providers emphasize prevention and cyber protection. On the other hand, data recovery should be the next big thing for companies to protect their data and other digital assets. Unlike conventional crime, you cannot just find and admonish criminals to recover your loss.

For the best practice in web security, businesses must protect their data and keep their devices as secure as possible with encryption, ant-virus programs, and other cyber-security practices. Since an organization’s data security is of crucial importance, they must focus on learning and deploying the best ways to respond after a security breach occurs. No matter how immense your security system, accidents may take place. The best policy is to ready for it by being as much protection as possible. Every small and large organization must prepare and practice for the disaster recovery response process.

AppVerticals is a professional mobile and web application development company that builds and maintains applications to mark security considerations. 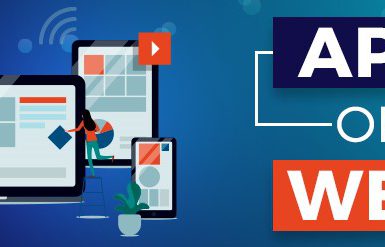 Is It Better to Use an App or a Website?

Did you check my recent post on Facebook? I excitedly inquired my friend. He shook his head in denial and took the smartphone out of his pocket. My excitement raised as he swiped the lock screen. Wait, what? He started... 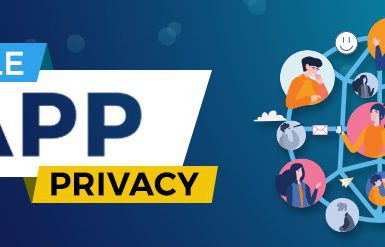 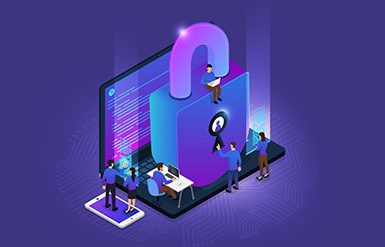 Cyber Security as a Service

In today’s ever-changing digital era, security-related compliance requirements have become a necessity for businesses. Business owners and clients are worried about the security of their products like never before...