How AI induced Autonomous Cars Are Evolving for Tomorrow

Autonomous cars have been hitting the headlines and dominating the tech-talk in recent years. They seem to be a post-Uber era for personal and public commute and for transportation of goods. However, users are still hesitant to bring this technology to use. To embrace this change, we should understand what self-driving cars are and how it works.

The term autonomous cars don’t completely refer to driver-less cars. The level of autonomy varies with the dependability of humans. A self-driving vehicle refers to a system that uses sensory data gathered from the surroundings to navigate towards the destination without (complete or partial) human interference.

The technology has been in the development phase for quite some time but now is in its emerging phase across the global market. Many tech giants and automotive companies are investing heavily in autonomous vehicle technology research and development.

One of the biggest investors in the research & development of autonomous vehicle technology is Waymo, a subsidiary of Google’s parent company Alphabet Inc.

Tesla is another popular name who’s work in the development of autonomous cars is remarkable. Waymo and Tesla have made the most noteworthy achievements in this field.

The components of autonomous vehicle technology include driver assistance systems, GPS and automotive radars, LiDAR system sensors, cameras, cloud services, and ADAS ultrasonic wave components, where AI is a major accompaniment. These data contribute to producing control signals that are vital to operating the vehicle.

Before we get into further details about the impact of artificial intelligence, let us understand the meaning of autonomous at different levels.

SAE International has released terminologies for autonomous vehicles driving system, that includes different levels of autonomy in vehicles. This standard terminology for driving automation serves as a baseline for automated vehicles. The following is the explanation of those levels.

This level is considered a “0” level because it doesn’t include any automation in driving. Interestingly, most of the vehicles lie at this level at the moment. The driver (human) handles steering, throttle, and brakes, monitors the surrounding, take turns, navigate, change lanes, and take complete responsibility. However, there may be some warnings and signs to avoid accidents.

This is the beginning level for autonomous cars where the driving system assists the driver(human) but does not take complete control of the vehicle. This level requires the driver to be totally aware of how the car is functioning and be ready to intervene if required.

At this level, autonomous driving becomes more influential. The driving system takes partial control, but the driver takes responsibility for the driving process.

At level 3, the driver can rely on the system to drive the car autonomously, including handling steering, throttle, and barking system. However, depending on the surroundings, the driver must be ready to take control as soon as the system requests it. This enables users to depend on self-driving cars for a longer duration, especially on highways or freeways.

At level 4, the system is capable of driving the vehicle without human interference. However, human presence may still be needed. Fully Automated Driving vehicles are expected to reach large-scale market commercialization by 2022. In addition to this, autonomous vehicle sales are projected to generate about 42 billion US dollars in revenue by 2030.

At level 5 of automation, the car itself can drive to any destination by making decisions on its own throughout the way. All you need to do is to add the starting and the ending point, and the vehicle can navigate without taking assistance from the driver.

The definition of autonomy varies with the change in its levels. The preliminary automated assistance for drivers has reached commercial uses, and other levels are still in the testing phases before they get fully functional. Consumer interest is another important factor that contributes to the early implementation of this technology as a personal gadget.

Consumers’ Behavior about this Big Move

This is no secret that consumer interest in self-driving vehicles is increasing across the globe. However, it’s still not preceded the ratio of 50% of the US residents. A study found that 47 percent of US respondents were hesitant to adopt Driverless vehicles; the ratio was 74 percent a year earlier. Despite multiple advantages and conveniences, potential users still apprehend towards adopting autonomous cars. Many of them are probably unsure if they should share the streets with autonomous cars.

The Impact of Artificial Intelligence in Driverless Cars

The impact of AI on automated driving is quite overwhelming. AI is fully equipped to bring a fully autonomous driving experience onto the roads.

As long as regulations and social acceptance are concerned, the emergence of driverless cars will not only disrupt the public transport system but have an impact on other industries as well.

When talking about autonomous cars, it is almost impossible not to discuss artificial intelligence. AI is used to enable the cars to navigate through the traffic and handle complex situations. Artificial intelligence is capable of responding to real-time data accumulated from several different sensors installed in the vehicle. Also, AI, combined with other IoT sensors, ensures safe travel

Before AI completely takes control of the driver’s seat, it is being used as a driver assistant to winning the trust of the users, manufacturers, and investors. Meanwhile, it learns user behaviors and surrounding information over time. By analyzing the data accumulated from surroundings, AI can be beneficial in situations where humans are likely to make errors.

AI contributes to the following areas:

However, the processing power required to drive and navigate a vehicle is overwhelming. Without having control over the external environment, there are several variables. For this reason, AI might need a lot of time for learning. There are numerous companies testing AI’s applicability in driving before they become fully functional for personal use.

AI can be used to gauge the physical condition of the vehicle accurately. Data gathered from the usage can be processed for predictive maintenance.

The experts of Circle Auto Shield said, “Drivers will have an easier time finding a car warranty plan that is cost-effective and meets their particular needs, and that also reflects the car’s current condition.”

AI is not only responsible for sensing security and navigation, but it would be used for major controls and entertainment features. AI can help users enjoy customized entertainment during the driver-less journey. It can predict preferences based on accumulated data on user behavior over time. AI could possibly help adjust preferences in the following elements:

AI integration in these cars would help in ease of claim. Data from the vehicle can be used for faster processing of claims in case of accidents.

Data retrieved from automated cars could be used to evaluate traffic violations and insurance claims. AI can be of help to accurately gauge the driver’s behavior and risk assessment. Using this information, insurance coverage can be offered.

Today, there’s an app for everything. If you are a tech-explorer-type person, you must agree with what I just mentioned. As soon as autonomous cars begin to hit the streets, new opportunities for mobile app developers will emerge. Developers who want to create new experiences within the cars will offer exciting tools via a mobile app. features like selecting destinations and stops, car speed, and audio and video streaming could be accessed using an app.

More to this, a mobile app would enable car owners to start, lock, and unlock their self-driving cars remotely.  With a mobile app, it wouldn’t take more than a few seconds for them to find their car in a crowded parking lot.

All of this seems like a plethora of fairytales if we date back to some years. But the world is changing fast, very fast. AI and machine learning technology are getting smarter every day. The progress is faster than our imagination. We might be excited to witness the driver-less era, but fully autonomous driving would probably take a long road before it becomes fully functional.

Get Your AI Empowered Mobile App 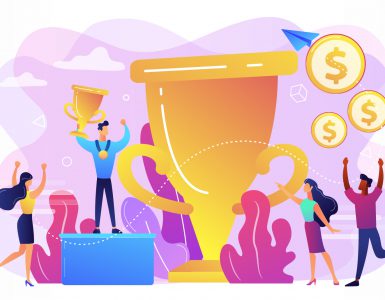 Eight Key Elements of Mobile App Success You Should Know 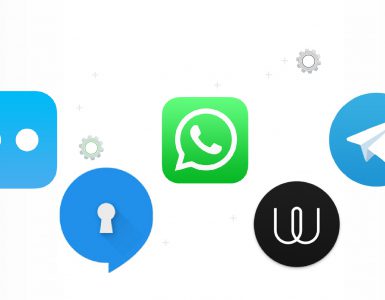 The latest WhatsApp update has made people worried and confused. WhatsApp used to be users’ favorite messaging app with its unmatched features and facts. Now, users have become more curious about their privacy... 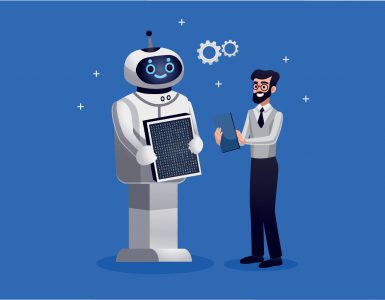 The revolution that has taken place from the AI and robotics transformation has undoubtedly overwhelmed the Sci-Fi tales. Where Artificial intelligence has marked its significance in every field and area, healthcare is...